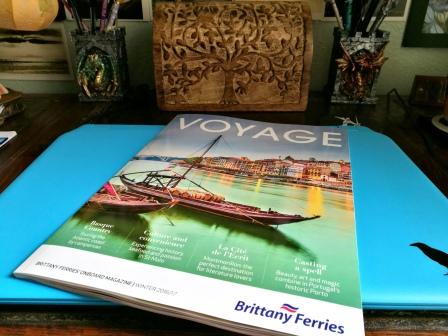 The winter 2016 issue of Voyage is here, packed with inspiration for adventures in France and Spain for the winter season and beyond!

I was particularly excited to be able to commission something a bit different for this issue – and on a topic that is close to my heart.

The idea for a map of ‘Mystical Brittany’ was inspired by a review copy of Nick Inman’s Guide to Mystical France: Secrets, Mysteries, Sacred Sites, which he was kind enough to send to me. 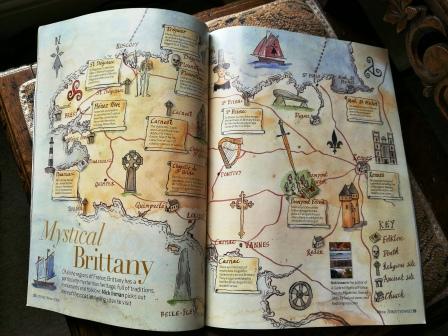 Working together with Nick, the magazine designer Abi Burroughes and illustrator Michael A Hill, we were able to create an eye-catching illustrated map, plotting the positions of a choice selection of Brittany’s many sites of folkloric and historical importance, and really capturing the air of magic and mystery that surrounds this region of France.