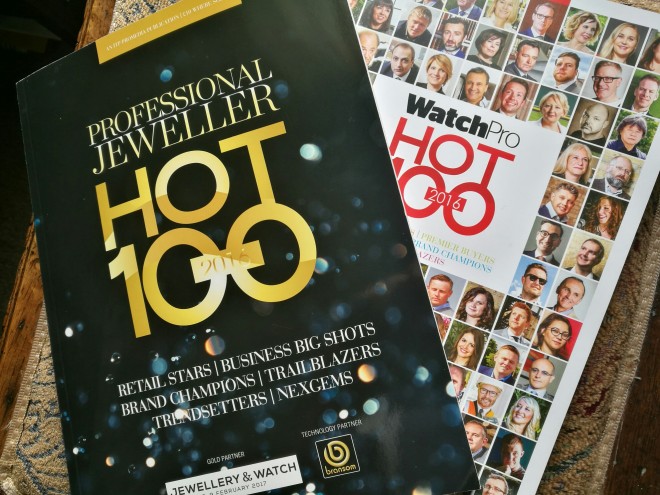 Each year, Professional Jeweller and WatchPro magazines host glittering awards ceremonies, celebrating the talent and successes of 100 individuals from their respective sectors.

I was lucky enough to be asked to contribute to the glossy publications that accompanied the events for 2016, and it was great fun hearing the diverse, motivational and sometimes humorous stories that were shared with me by the Hot 100 nominees – each one oozing individuality, character and business acumen. 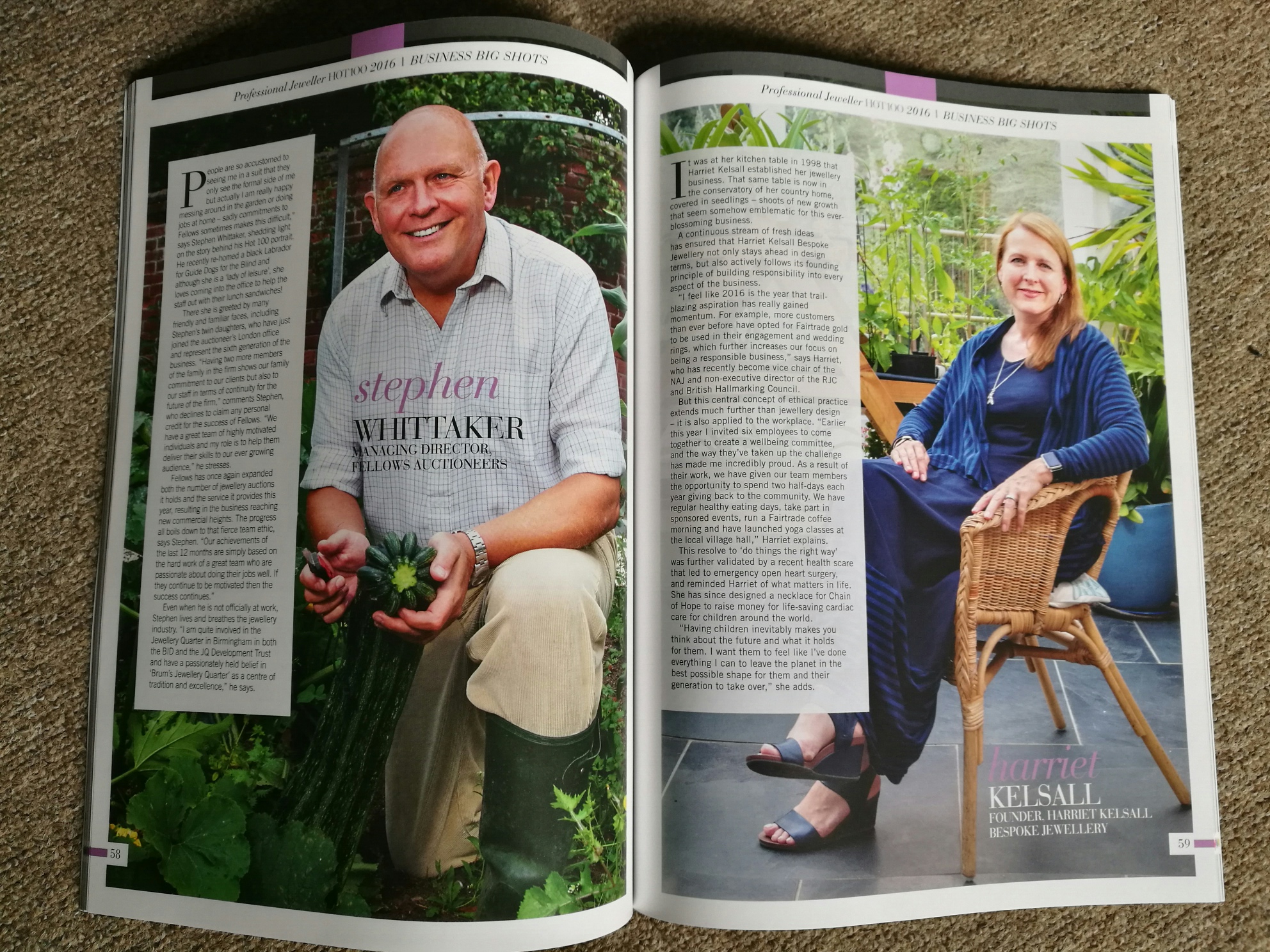 The profile I most enjoyed writing was that of Harriet Kelsall, who started her jewellery business at her kitchen table back in 1998 – a table that has now migrated into the conservatory and become home to an array of seedlings. Symbolic stuff.

A businesswoman who has set up a wellbeing committee among her employees, and has subsequently launched local yoga classes and charity workdays – she most certainly gets my vote. 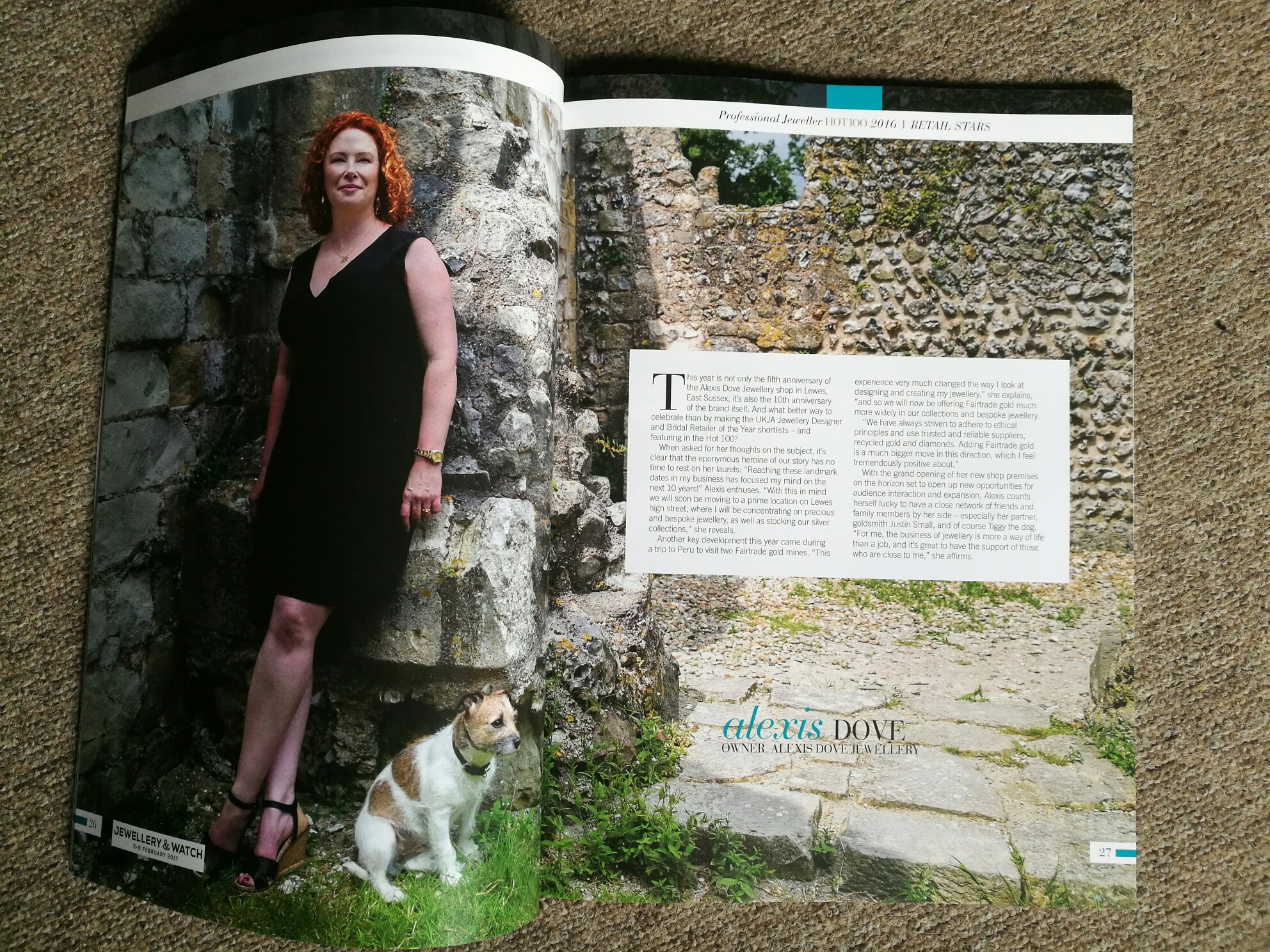 A close second was Alexis Dove, based in Lewes, East Sussex, who recently celebrated the 10th anniversary of her brand, and places a similar emphasis on ethical trading. 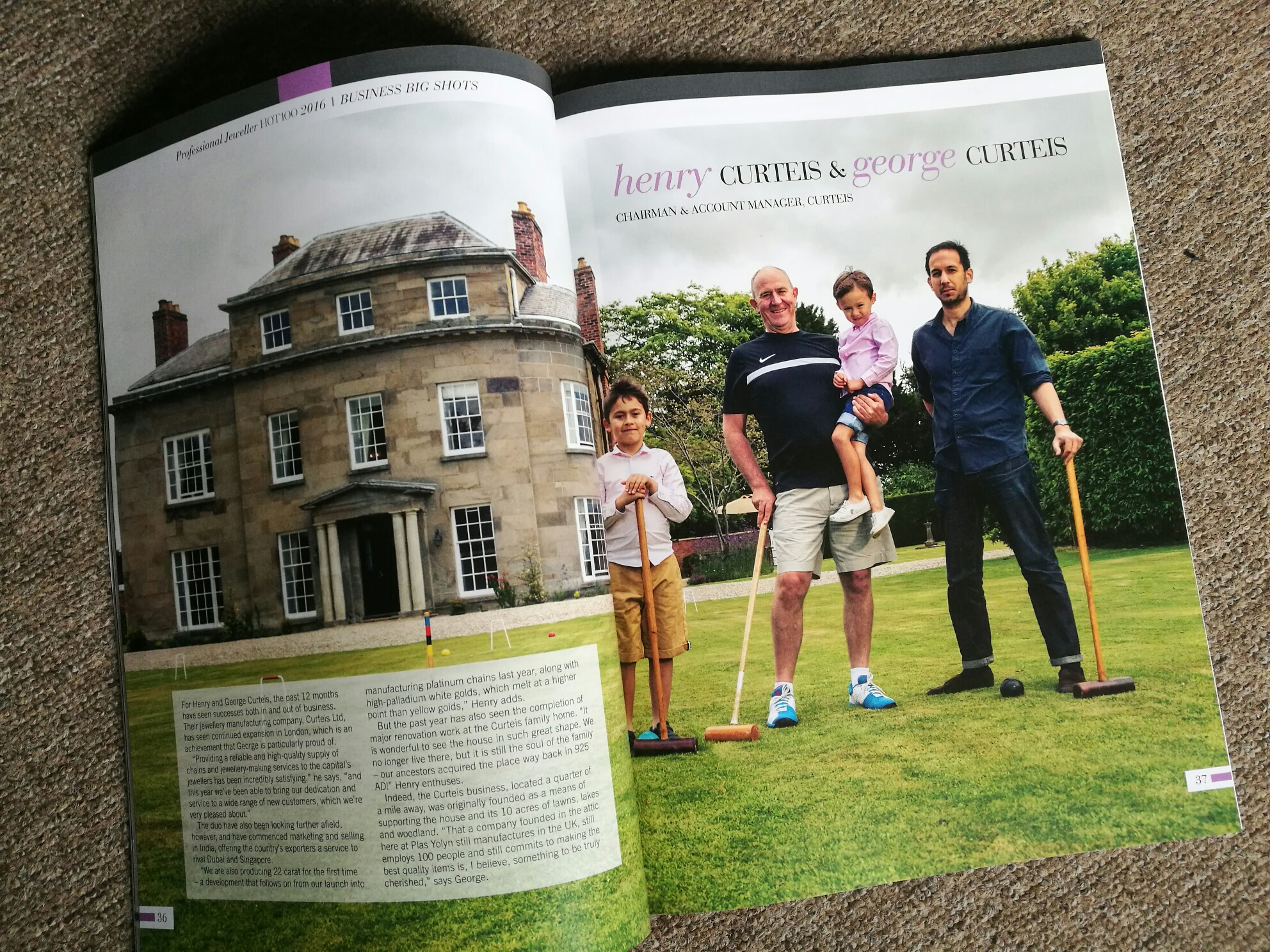 Meanwhile, Henry and George Curteis’s successes over the past year have extended much further than the continued expansion of their manufacturing company, Curteis Ltd – they have also just completed a major renovation of their historic family home.