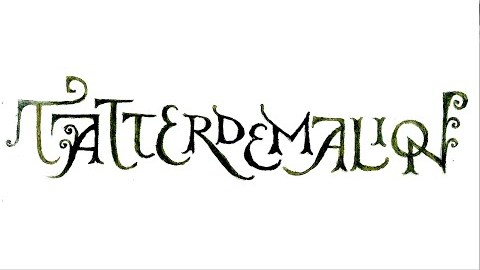 Some time ago I signed up to a newsletter that promised to reveal the latest news from one of my favourite artists, Rima Staines. When it arrived, it opened many more doors than I was expecting.

The news heralded the birth of a book, penned by Californian writer and animal tracker Sylvia Linsteadt, who had created the entire narrative around Rima’s existing paintings – images that had captured her imagination when she discovered them.

Collaborating on the project together, Rima’s paintings now function as the illustrations for Tatterdemalion. Pictures before words, rather than words before pictures – by no means an unheard-of concept, but food for thought nonetheless.

The book is set to be published by Unbound – an organisation I had never heard of before – which takes the ingenious approach of accepting pledges for potential new books before printing them. If an idea receives enough support, it comes to fruition.

This means that, as readers, we are given the power to decide what we want to read and which authors we want to support – and we therefore get the opportunity to read books that may never have been published through traditional means.

Not only has the post-apocalyptic, folkloric synopsis for the book caught my attention, but so has Sylvia’s outlook on the world and her use of words – surreal, but grounded, understandable, and exciting. The kind of storytelling that makes the world around you fade away into the background as you are drawn into a new world of words, images and instincts.

Through newsletter and social media updates, this book has also led me to several fascinating blogs that Sylvia has contributed to, and which I am now avidly following. Yet more food for thought.

It just goes to show the power of the written word!